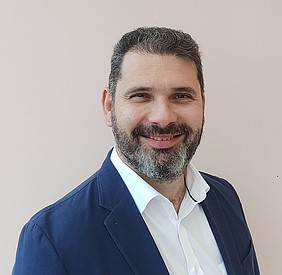 Machine learning on today’s classical computers is already having much impact, from powering chat bots to predicting the behaviour of financial markets. Researchers are excited to see what more quantum computers could do. In a paper published 14 December 2020 in Physical Review Research, TUC ECE Professor Dimitris Aggelakis, Principal Investigator at the Center for Quantum Technologies and an international research team from Singapore, China and Greece, describe a new approach to quantum machine learning.

So far, most proposals for quantum machine learning are digital. As in traditional computing, data are assumed to be presented in bits and processed with logic gates. The new idea is to use a quantum system’s natural quantum dynamics as a tool to learn complex functions and recognise patterns in data. This is an analogue rather than a digital approach. Previously, some groups had proposed hybrid approaches that mixed some analogue part into a digital scheme. This paper describes a fully analogue scheme.

The researchers showed that their proposed analogue approach can solve a classical machine learning task known as generative modelling. One example of an application of generative modelling is product recommendation, where the model recommends products to new customers based on the behaviour of previous customers, somewhat similar to how Netflix recommends movies based on earlier preferences. “We tried different example cases, including complicated data structures, and the learning was quite good”, says Principal Investigator Dimitris Angelakis, who led the team.

In their paper, the researchers analyse and discuss how the trainability of generic quantum systems – a measure of how well the system can be trained to learn different sets of data – is deeply connected with fundamental properties such as the amount of memory in the system’s quantum dynamics and the strength of interactions or disorder among its components.