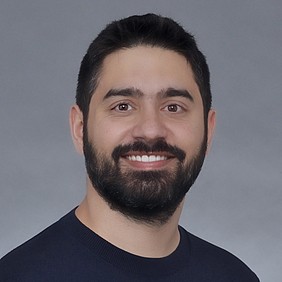 Entanglement and its key role in quantum information

Entanglement is a physical property that is manifested as correlations among observed quantities in composite quantum systems. Correlations stemming from entanglement cannot be classically reproduced, and thus they can be utilized in quantum technology applications, e.g., quantum computing and quantum communication. In this talk the fundamental differences between classical and quantum properties will be discussed, followed by an introduction to the notion of a quantum state. Entanglement will be defined, and several methods will be presented in regards to its detection and quantification. Finally, the resource-like nature of entanglement will be analyzed in the context of quantum teleportation.

Spyros is a postdoctoral fellow at Prof. Narang's group as part of Harvard University between Oct 2021 — Jun 2022, and as part of UCLA since Jul 2022. His research focuses on quantum information theory, and more specifically on quantum communication and entanglement theory. Before joining his current group, Spyros was a postdoctoral fellow at MIT and the Australian National University. He received a PhD in Physics from the University of Queensland in 2020, an MSc in Physics from Imperial College London in 2015, and a BSc in Physics from the Aristotle University of Thessaloniki in 2013.