SIGLE NEWS - DO NOT DELETE DIAKRISEIS 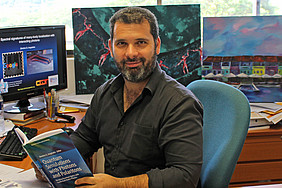 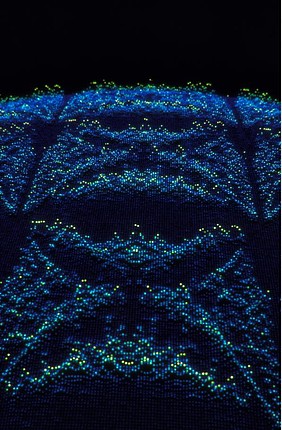 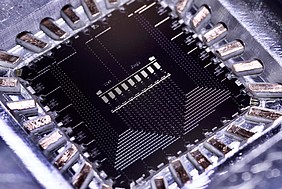 The research group of Associate Professor Dimitris Angelakis, Associate Professor at TUC, has collaborated with the scientists building Google’s quantum chips to simulate complex phenomena in physics. The team has published in Science a study of the Hofstadter butterfly and many-body localisation.

Using a chain of nine superconducting quantum bits (qubits), the collaborators simulated the surprising and beautiful pattern of the ‘Hofstadter butterfly’, a fractal structure first predicted in 1976 to describe the behaviour of electrons. The team also studied the complex phenomenon of ‘many-body localisation’. This is a quantum phase transition – akin to the phase change that happens when water freezes into ice – that determines whether materials are conductors or insulators. The results, published in Science  show how quantum simulators are starting to live up to their promise as powerful tools.

“We’ve always had this idea that we can use quantum systems to simulate and better understand nature. Our collaboration puts this into practice,” says Prof. Angelakis, who is currently a Principal Investigator at the Centre for Quantum Technologies.

With group members Jirawat Tangpanitanon and Victor Bastidas, he collaborated with the group led by John Martinis at Google and the University of California, Santa Barbara. The CQT team are theorists who contributed to developing the ideas for the experiments – often in group Skype calls with Pedram Roushan, a quantum electronics engineer at Google. The experiments relied on the team’s invention of a novel spectroscopy technique they dub ‘hit and listen’. The technique maps the energy levels of light particles, photons, stored in the nine qubits.

“Our method is like hitting a bell. The sound it makes is a superposition of all the basic harmonics. By hitting it in different positions a few times and listening long enough, one can resolve the hidden notes. We do the same with the quantum chip, hitting it with photons and then following their evolution in time,” explains Prof. Angelakis. The team saw the butterfly by hitting the qubits with one photon at a time.

Hofstadter’s butterfly first appeared in calculations of electrons moving though a material in a magnetic field. The butterfly maps the splits and shifts of the electron’s energy levels with changes in the field strength. In this quantum simulation, the photons took the role of the electrons while gates on the qubits provided an analogue of the magnetic field. The butterfly pattern emerged from the team’s measurements. To study many-body localisation, the team started hitting the qubits with two photons simultaneously. They also made the qubits disorderly – programming some randomness into their properties.

It was predicted in the 1950s that disorder in a material could block the movement of particles through it. That’s called localisation. But if the particles can interact with each other, the problem becomes ‘many-body’ – and much harder to model.  “By putting two photons, you have a problem of 45 energy levels, and these 45 energy levels interact and push each other out of the way,” says Pedram. In the localised phase, photons should get stuck in certain areas of the qubit chain and not quite forget their initial positions. Quantum computers may one day exploit this effect to protect stored quantum information. The team found precursors of many-body localisation by applying their ‘hit and listen’ technique to different regimes of disorder and interaction. They could compare their experimental data to numerical simulations. For just two photons in nine qubits, the team could also simulate on conventional computers what behaviour they’d expect – finding good agreement with their results. But add a few more qubits and the problem becomes intractable for classical machines – that’s when quantum simulators will come into their own. “Understanding quantum phases is still one of physics’ unsolved mysteries” says Pedram.