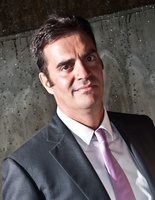 Short CV: Minos Garofalakis is he Director of the Information Management Systems Institute (IMSI) at the "Athena" Research and Innovation Centre in Athens, Greece, and a Professor of Computer Science at the School of Electrical and Computer Engineering of the Technical University of Crete (TUC), where he also directs the Software Technology and Network Applications Laboratory (SoftNet). Previously, he was a Principal Research Scientist with the Community Systems group at Yahoo! Research in Santa Clara, California (2007-2008), and an Adjunct Associate Professor of Computer Science at the University of California, Berkeley (2006-2008). He also held positions as a Senior Researcher at Intel Research Berkeley (2005-2007), and a Member of Technical Staff at Bell Laboratories (1998-2005). He obtained his PhD in Computer Science from the University of Wisconsin-Madison in 1998.

Prof. Garofalakis' research interests are in the broad areas of Big Data analytics and large-scale machine learning, including database systems, centralized/distributed data streams, data synopses and approximate query processing, and secure/private data analytics. He has published over 150 scientific papers in top-tier international conferences and journals in these areas. He received the 2009 IEEE ICDE Best Paper Award, and 8 of his SIGMOD/PODS/VLDB papers have been invited to journal special issues (ranking in the top 3-5 papers of their respective conferences). He has delivered several invited keynote talks and conference tutorials on approximate query processing, data-stream processing, and distributed data streams, and has given invited tutorials on data streaming at the 2008 VLDB School in Cairo, Egypt, the 2015 INIT/AERFAI Summer School on Machine Learning, the 2015 and 2017 International Winter School on Big Data, and the 1st ACM Europe Summer School on Data Science and Big Data. His work has resulted in 36 US Patent filings (29 patents issued) for companies such as Lucent, Yahoo!, and AT&T.  Google Scholar gives over 13.500 citations to Prof. Garofalakis' work, and an h-index value of 63. He is/has been the recipient of an FP7 Marie-Curie International Reintegration Fellowship (2010-2014), and a PI for LIFT (FP7-ICT-FET Open project, 2010-2013), LEADS (FP7-ICT-STREP project, 2012-2015), FERARI (FP7-ICT-STREP project, 2014-2017), QualiMaster (FP7-ICT-STREP project, 2014-2017), and The Human Brain Project (FET Open Flagship project, 2013-2016). Prof. Garofalakis is an ACM Fellow (2018) "for contributions to data processing and analytics, particularly data streaming, approximation and uncertainty", an IEEE Fellow (2017) "for contributions to data streaming analytics", and a recipient of the TUC "Excellence in Research" Award (2015), the Bell Labs President's Gold Award (2004), and the Bell Labs Teamwork Award (2003).