The School of Electronic and Computer Engineering (ECE) of the Technical University of Crete (TUC) was founded towards the end of the 1980’s and received its first incoming class of 30 freshmen in 1990. Since then the School has developed substantially. The incoming freshman class of recent years exceeds 120 students per year, and there are 25 full-time faculty members. The School is organized in four Divisions: Electronics and Computer Architecture, Computer Science, Control Systems, and Telecommunications. The School has a successful graduate program since the early 1990’s, which in recent years has been greatly expanded. 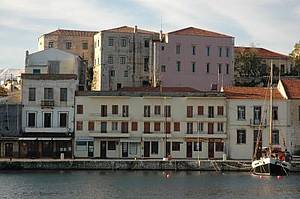 Many of the graduates of the ECE School, following their five-year studies for the Engineer’s Diploma have pursued graduate studies in Greece and abroad. Our graduates are now tenured faculty at top US institutions (e.g. Georgia Tech), researchers at university research labs, national research labs, and the industry (e.g. Rice–U.S., NICTA–Australia, Telcordia–U.S.), and they have worked as successful engineers in Greece, Europe and the USA. More than half of the School's faculty have earned their PhD degrees from top North American and European universities and many have pursued careers as tenure track or tenured faculty abroad before joining the ranks of the ECE School.

The current high levels of scientific activity, peer reviewed publications and competitive research funding of the ECE School are due to the oustanding education, the unrelenting efforts and the talent of the faculty, staff and students of the School. The international recognition which has been bestowed to the School can be attested by several best paper awards which ECE faculty and student publications have earned from the Institute of Elextrical and Electronic Engineers (IEEE) in journal publications and at international conferences, and by the participation of the faculty in top journal editorial boards and top international conference program committees. The School has a demonstrable continuous improvement in academic quality which is due to the continuous efforts of the faculty, staff, and students of the School.