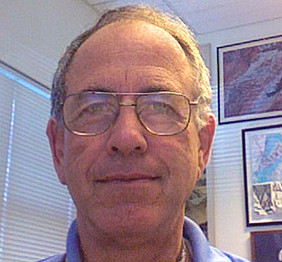 Title: Virtual Environment Technologies for Studying Teleoperation in the Presence of Time-Delay for Aerospace Applications

The development of virtual environment displays (aka VR) will be briefly reviewed. Our renewed interest in it in the 1980’s led to work which would make the technology more generally accessible. We thereafter began to use it as a new interface for teleoperations. Our lab at NASA Ames Research Centre introduced specific dynamic enhancements to make the technology suitable for human factors research. This improvement allowed us to uncover a new law of human motion surprisingly related to Fitts’ Law.  We were thereafter able to use our virtual environment technology to study generalized variation of teleoperation difficulty in the presence of time delay. This work has led in to improved ability to predict the effect of time delay on teleoperation difficulty.  Because the research involved personally experiencing life subject to arbitrary rotated manual control axes, it was both challenging and fun.  Nowadays with the availability of low latency VR, our participants’ experiences should be more widely available.  Time permitting, I will also briefly sketch out some of the goals of my current work on new ideas for eye-position-based user interfaces.  These are being developed by a startup called Pillantas.

Stephen R. Ellis has headed the Advanced Displays and Spatial Perception Laboratory at the NASA Ames Research Center. He received a Ph.D. in Psychology (1974) from McGill University and postdoctoral fellowships in Physiological optics and Bioengineering at Brown University and at U.C. Berkeley respectively. He has published over 170 journal publications and reports on user interaction with spatial information and has been in the forefront of the introduction of perspective  and 3D formats into user interfaces for aerospace applications. He has served on the editorial boards of Presence, Virtual Reality and Human Factors and has edited a book, Pictorial communication in virtual and real environments, (Taylor and Francis, London, 2nd Ed. 1993). Most recently, after retiring from NASA, he has become Chief Scientist for a startup called Pillantas that is developing concepts for eye position-based user interfaces.