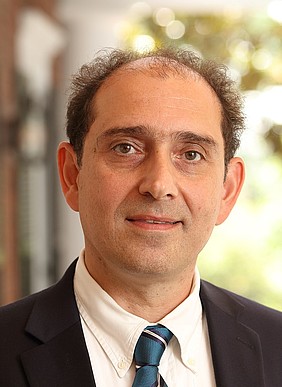 Nonlinear dynamical system identification is an important problem with numerous applications, from engineering to scientific computing, health and structural monitoring, and medicine and the life sciences. The linear case has been extensively studied, but the identification of nonlinear dynamics is far more challenging. Recent work has focused on sparse multivariate polynomial dictionary models, or recurrent neural network (RNN) models. A key issue with the former is how to pick the dictionary when you have no (or limited) information about the underlying dynamics. RNNs are mostly black-box models that provide limited engineering insight and generally require lots of training data to attain good performance. In recent work, we have considered the problem of learning a continuously differentiable nonlinear function via canonical tensor decomposition in the Fourier domain. In this talk we consider the problem of identifying autoregressive nonlinear systems within this canonical decomposition framework. We develop an adaptive algorithm that is capable of provably identifying high-order nonlinear AR systems with limited storage and computational resources. The algorithm is carefully optimized to avoid expensive tensor computations. We demonstrate its effectiveness in identifying the dynamics of photoplethysmography (PPG) signals that are readily acquired by smart watches, and discuss various smart health applications that are enabled by the proposed methodology.

N. Sidiropoulos is the Louis T. Rader Professor of Electrical and Computer Engineering at the University of Virginia. He earned his Ph.D. in Electrical Engineering from the University of Maryland–College Park, in 1992. He has served on the faculty of the University of Minnesota, and the Technical University of Crete, Greece. His research interests are in signal processing, communications, optimization, tensor decomposition, and factor analysis, with applications in machine learning and communications. He received the NSF/CAREER award in 1998, the IEEE Signal Processing Society (SPS) Best Paper Award in 2001, 2007, and 2011, and his students received four IEEE SPS conference best paper awards. Sidiropoulos has authored a Google Classic Paper in Signal Processing (on multicast beamforming), and his tutorial on tensor decomposition is ranked #1 in Google Scholar metrics for IEEE Transactions in Signal Processing (TSP), and tops the charts of the most popular / most frequently accessed TSP papers in IEEExplore. He served as IEEE SPS Distinguished Lecturer (2008-2009), Vice President of IEEE SPS (2017-2019), and as chair of the IEEE Fellow evaluation committee of SPS (2020-2021). He received the 2010 IEEE Signal Processing Society Meritorious Service Award, and the 2013 Distinguished Alumni Award from the ECE Department of the University of Maryland. He is a Fellow of IEEE (2009) and a Fellow of EURASIP (2014). He received the EURASIP Technical Achievement Award in 2022. More information at http://www.ece.virginia.edu/~nds5j/ and Google Scholar.