Enabling the Next Generation of IoT-enhanced Smart Communities

Buildings, homes and other spaces are becoming smarter and interconnected with the advent of Internet of Things (IoT) devices and their supported technologies. Current IoT-enhanced ecosystems include IoT devices to sense physical phenomena, data exchange systems to collect, process and exchange data between devices (sensors/actuators), and IoT applications that provide services to improve, among others, life quality and public safety. While such applications can leverage Edge-based infrastructures to exchange data, IoT ecosystems need to dynamically evolve over time due to additional IoT sources/recipients, new IoT applications, workload spikes, failing nodes and lossy network channels. In this talk, I will present PrioDeX, a middleware-based solution for prioritized data exchange during emergency response situations, as well as the TIPPERS real  deployment at the University of California Irvine. In addition, I will describe my ongoing and future research agenda that is related to the next generation of IoT systems for smart communities. In particular, I will provide an overview of the following research directions: (i) AI planning-enabled smart spaces for optimized data exchange; (ii) publish/subscribe federation for wide-spread IoT applications; and (iii) IoT planning for infrastructure placement.

Georgios Bouloukakis has been an Associate Professor in the Computer Science department of Télécom SudParis (TSP) / Institute Polytechnique de Paris since Nov. 2020. His research interests relate to Middleware, Edge Computing, Internet of Things and Distributed Systems. Before joining TSP, he worked as a postdoctoral researcher at the University of California Irvine, USA in the Distributed Systems Middleware group. He obtained his Ph.D. from UPMC/Sorbonne in 2017, conducting his thesis at the research center of INRIA Paris, France in the MiMove team. He has received funding from IP Paris, INRIA@SiliconValley and CORDI-S to conduct his main research projects. His research has been published in a number of top-tier conferences, including ICPE, Mobiquitous, ICSOC, ICDCS, Middleware, Buildsys, VLDB and IoTDI, as well as the TIOT, FGCS and JISA journals. 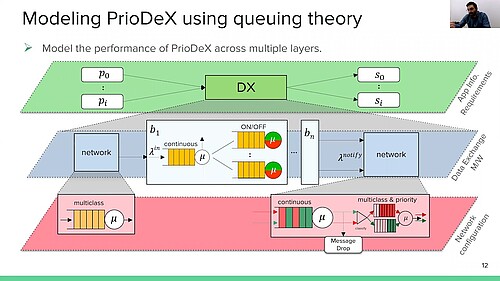 Talk by Georgios Bouloukakis at ECE TUC (Dec 10, 2021)
We use only the technically necessary cookies to provide you with better services. Learn more
© School of Electrical & Computer Engineering 2014
Technical University of Crete